Enter your City name or Pincode

Bazpur is a small city based in Uttam Singh Nagar district of the Indian state of Uttarakhand. The city has its roots laid down in the early 17th century during the time of Chand Kingdom. It has prominent historical significance which contributes to the tourism business of the city along with its closeness to other major tourist spots like Kashipur and Rudrapur within the district and Nainital and Corbett National Park beyond it. Apart from tourism interest, the city is also popular for being the first station to have a cooperative sugar mill established and operated. The city has a multicultural environment with people from all regions though the dominant clan would be the migrants from Punjab who were also the early settlers of this region during the Independence Struggle of the Country in 1947. 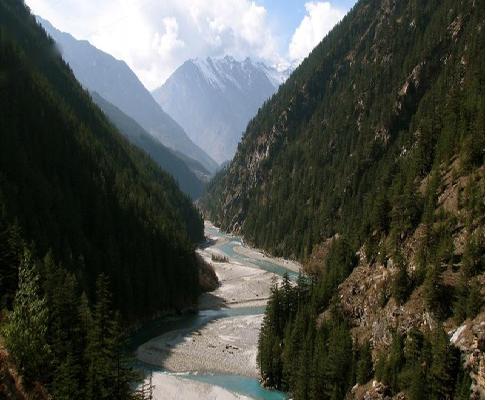 Bazpur traces its origin to early 17th century, during the reign of Chand rulers in the Kumaon region of Uttarakhand. Ideally it was the medieval period when the Chand Kingdom was in its full power after the decline of the famous Katyuri Kings during 11 century AD. As per the history of the city, it was Laksmi Chand, one of the famous Chand rulers who established Bazpur and named it as “Bazpur” after another famous and prominent Chand King, Baz Bahadur. However, the place was a Terai region before Independence and the settlers here were usually rendered homeless. They use to live in as small groups saving themselves from fierce weather and wild animals. It was later that it slowly transformed into a habitable society with people from all races and clans.

Bazpur is accurately located at 29.170N and 79.160E. The city remains bordered by Suar Tehsil on the southern side, Gadarpur Tehsil on the east, Ramnagar Tehsil on the northern side and Kashipur Tehsil on the west. The nearby major cities to Bazpur are Ramnagar, Kashipur ,Gadarpur, Jaspur, Kicha, Madanpur,district headquarter Rudrapur at 37km and state capital Dehradun at 196km. The country famous tourist spot Nainital falls at a distance of 58km from Bazpur.

It may be noted that the land was completely a part of forest land till 1948. Extreme climate like hot weather and torrential rains for months characterized the area which made it difficult for human race to exist there. The place was full of marshy lands and wild animals which was again a threat to human living. Disease and lack of proper transportation also was a problem in this area. But after Independence these geographical conditions were taken care of so that the area can be made habitable with proper facilities.

The total population of Bazpur Tehsil is 25,524 of which 13,643 are male inhabitants and 11,881 are female inhabitants as of census 2011. The female sex ratio of Bazpur remains at 871 against every thousand men. The total area of Bazpur Tehsil is divided into 11 wards where elections take part in every 5 years. Around 11.84% of the total population of the area is children within the age group of 0-6yrs. The total count of the same is 3022. Though the population is a mixture of various castes and creed but the schedule caste has a dominant 13.13% presence and the schedule tribe has 0.42%.

The major language used among the inhabitants of Bazpur is Hindi. However, English and Punjabi are also popular in this area. The literacy rate of the city remains at 80.73% which is much higher from the state literacy average which stands at 78.82% In Bazpur the male literacy stands at 86.75% and female literacy at 73.82%.

The Climate of Bazpur is sub-tropical and also sub humid. The weather in the city is divided into three major seasons, summer (March to June), monsoon (July to September) and winter (November to February). The hottest period of the city remains in the month of May and June when the temperature may rise to 420C. However, in December end when the winter season remains at the peak, the temperature may come down to 0.40C. About 90% of the rainfall falls in the monsoon period helping the agricultural estate which is the main source of earning of the city inhabitants.

The most prominent source of income in Bazpur is the agricultural estates spread across the Tehsil. Bazpur is a prominent part of Udham Singh Nagar District which is rightly called the “Chawal Nagri” or the food bowl of the state for its paddy production across the district. Apart from paddy production the city remains engaged in production of various rabi and khariff crops which include rice, urd, moong, soyabean, barley, mustard and many others.

Apart from this, the city has in its credit the historical achievement of having the first ever cooperative sugar mill constructed in the area which started its production from 16th February 1959. According to the historians, this was a conscious move towards development of Bazpur and transforming it into a growing city from its rural economy. The Bazpur Cooperative Sugar Factory Ltd marked the beginning of such cooperative sugar mills. It was in 1976 that the Distillery Unit was established which formed scope of employment for thousands of people in Bazpur and nearby cities. The city is also connected in an excellent way with the industrial city Rudrapur which also brings much scope for economic development for Bazpur. For more information on Bazpur, click here

Bazpur is a place which provides a true example of communal harmony. It is a city which shelters different culture and religions all blending together to form an excellent social environ that helps in the growth of every individual and the state. The people here are avid lovers of music, dance and art and takes every imitative to retain the latent culture of which all are proud of.

Since the majority of the population of Bazpur is of Hindus, so the Hindu festivals are celebrated in a big way in the city along with major other religion festivals like ID, Guruparab, and Christmas etc. Among Hindu festivals, Lakshmi Puja, Diwali, Holi, Rakshabandhan and Dusshera have special significance here.

The society of Bazpur as discussed is an amalgamation of multiple cultures and various kinds of people. Though it is a growing city the economical and social benefit is not yet received to all scale of people. To facilitate the lesser privileged class of people and to provide an aid to all those who are in need of it, there are social organizations based in Bazpur. These non governmental organizations work selflessly to uplift the backward people and to make a better society and equality in all aspect. Social organizations here work on various issues like child education, women power and their equality in society, hygienic environment, medical treatments, general awareness, employment issues, and many others. Though the city does not have plenty of NGOs working in its area some of them have been working for years with positive impact on the society in Bazpur. A list of operating NGOs in Bazpur is given below:

Sports activity is a prominent mode of entertainment for the people of Bazpur. The inhabitants of the city are extremely fond of various games and they encourage the young generations to get involved in various games. The schools in Bazpur have facility for various sports activity to suit multiple preferences and talent of students. Even there are local games organized to boost the spirit of the players. Apart from this various Inter College and Inter University tournaments also takes place to nurture real talent in sports. Among various games, the most popular ones in Bazpur are Cricket, Football, Volleyball, Boxing, Table Tennis and Badminton. The place where most of the sports practices are done or matches are conducted in Bazpur is the Inter College Play Ground. Along with outdoor games there is a huge preference for indoor games too like chess, cards etc. In a nutshell, though no major sportsperson has been groomed from Bazpur yet but the people acknowledge the impact of sports in refreshing mind and providing healthy body

Though Bazpur itself does not have much tourist spots in its area but the city is based in a wonderful location which enables visitors to enjoy various tourist locations around the city. From Bazpur one can visit Rudrapur at a distance of 40kms which is the industrial and business base of the district. It is also the headquarters of the district. Kashipur is another location which falls at a distance of 20km from Bazpur. The city has immense historical significance which can be enjoyed till date. Apart from this one can enjoy the magnetic view of snow capped Himalayan peak Trishul showing off its majestic trident. Next attraction from Bazpur would be the Lake District of the State, Nainital, at a distance of 58km and a popular tourist spot for both domestic and international travelers. One can also visit Naya Gaon which falls on Bazpur-Nainital roadways. It is a natural waterfall and the name of the same is Corbett Waterfall. On the same route one can visit Corbett National Park too to have glimpse of forestland and wild animals and have an exclusive adventure tour.

Transport services are pretty good in Bazpur. In fact it is one of key factors which contribute to the popularity and development of the city. The nearest airport to Bazpur is Pantnagar Airport which is based at a distance of 40kms. It is a domestic airport and serves several areas in northern India. One can also avail railway services from the nearest railway station “Bazpur”. The station is well connected with many major cities of the country including metro cities like Delhi, Mumbai, Lucknow etc. The bus service of Bazpur is equally good connecting all nearby locations within the state. The Uttarakhand state transport bus depot is located just beside the railway station and it is one of the most economical and budget friendly mode of transport. For more information, click here

In a nutshell Bazpur is a wonderful city with many attractions. It is a city which can be cited as a perfect example of growth and development with excellent administrative facilities. The city has a growing economy which also is much significant. Even from tourism point of view it is an excellent stop over for various places around.

Are you a Business Owner?

Add the products or services you offer