Enter your City name or Pincode

Business and Economy in Bazpur 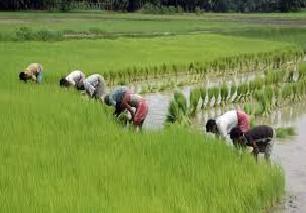 Being one of the seven tehsils in Udham Singh Nagar district, Bazpur lies in the environs of the spectacular Kumaon and forms one of the most developing and growing areas of the district. The main business source in the this part of Uttarakhand is agricultural business, however, prominent industries are also coming up in the area to contribute both in development and economical growth of the city. Since the city is quite small it fails to accommodate big industries to settle here but it is the small-scale industries which have grown immensely in the last few years and helped Bazpur reach a prominent place among the different tehsils of the district.

Udham Singh Nagar district is often referred as “Chawal Ki Nagri” basically for its huge involvement in production of paddy in the area. Bazpur holding a major part of the district contributes immensely in the overall agricultural produce of the district. Paddy is also the primary cultivated crop in the area. The primary occupation of the people of Bazpur tehsil is farming and almost 75% of the people here are engaged in agricultural business. This is all the more due to fertile land in the Terai region which supports cultivation of various crops in huge amount. Both Rabi and Khariff crops are sown in Bajpur in the two major cropping seasons in a year. Among the Khariff crops the major production apart from rice, remains of soyabean, moong, till, urd etc and among Rabi crops, wheat, sunflower, Masoor, gram barley are sown here.

Even livestock business has grown considerably here. There are cattle, buffalo, goats, sheep and poultry which form the main part of this type of business. The produce from this stock provides considerable income to the families here. In fact, there is a demand of milk production and woolens in the area for which the livestock business and its well maintenance is extremely important. Fishery business has also been a good way of earning few extra incomes in the household in Bazpur. There are many ponds and canals in the city which are used for this business. The production here is not much but both livestock business and fishery business have been considered as growing business forms in Bazpur and initiatives are taken by the administrative department for the betterment of both the industries.

Apart from agriculture business, industries have also taken its place in the area. Bazpur has the achievement of having in its area the first even co-operative sugar mill, the Bazpur Cooperative Sugar Factory Ltd, in the state. It was Pandit Jawaharlal Nehru who dedicated the mill to the nation and took the initiative in transforming a rural economy and showing the roads for development. The factory started its production in February, 1959. It was only after this that more co-operative Sugar Mills were established in various parts of the State as well as in Bazpur. Apart from this there are various industries like paper mills, industrial goods manufacturing and agro based products are prepared here. The best thing about Bazpur is that though the city itself does not have many industries in its geographical limitation but its closeness to the industrial city Rudrapur helps in employment and other factors and, thus, contributes in the growth of the city.

Handicraft business is another industry which is considered to be growing with huge pace in this part of the district. Skilled workers and experienced craftsmen are present in Bazpur who makes outstanding contribution through their detailed work in wood carving, jewelry making, making home décor items and many others. In fact, Udham Singh Nagar district is popular for the availability of excellent weavers of which many comes from Bazpur too.

Apart from this other industries like tourism industry, entertainment industry also provides significant contribution towards the growth of the city. It is the scenic beauty of the area that compels tourists to visit the place and its nearness to other major tourist spots helps them roam around and have a lovely holiday tour. Though the city does not have many cinema halls in its area but there are good food joints which can be enjoyed at the best.

It is true that there is a lot of scope in each industry at Bazpur. Though agriculture production is good in the area but it has scope for more productivity. Most of the agricultural produce here is of rain-fed agricultural practice and much less irrigated agricultural practice. So more irrigated farming with proper support for the same can be done. There is also much possibility of organic farming, waste land cultivation, post harvest activities and use of machinery to increase production. Also in the industrial sector there are closed mills and lesser productivity in many which can be boosted up by proper initiative from the Government authorities. However, the key development areas are recognized by the Government and measures are taken to make Bazpur a more profitable city.

Are you a Business Owner?

Add the products or services you offer